Evaluating the Correlation of Breast Cancer and Divorce 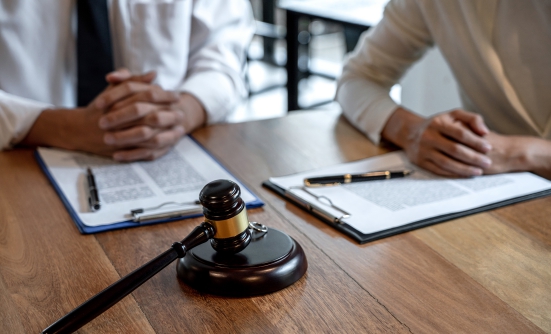 There have been a few studies that look into the correlation between breast cancer and divorce rates. Some point to a correlation, while others do not support the hypothesis.

I have personally seen divorces happen during and following breast cancer treatment. Patients will cry and say their breast cancer caused their husband to leave them. They may believe that their spouse departed due to disfigurement, altered physical image (ie, weight gain, mastectomy, baldness), or emotional neediness that the spouse did not want to deal with.

I believe that their relationship was likely quite unstable before the breast cancer diagnosis ever occurred, and this major crisis in their lives tipped the scales. In these cases, I will ask the patient whether they could have seen divorce coming before the biopsy results were even known. Initially the patient may say no, but soon after probing more, they are able to see the pattern that had been happening for quite some time. I will then tell the patient to mark their calendars for a year out from this day to speak on the phone. My prediction is when we speak a year later, the patient will be grateful that breast cancer led to the end of the relationship.

I have also seen the patient being the initiator of separation, though usually not during active treatment, but soon after.

Every year, I hold an annual breast cancer survivor retreat for women who have completed acute treatment (surgery, chemotherapy, and radiation) in the last 2 years and are having difficulty re-engaging in their lives emotionally healthy. On day 2 of the program, we ask them to make a list of NEW life goals they want to achieve going forward. There have certainly been survivors who write down that now that they have been in touch with their mortality, they don’t want to continue living in a loveless marriage/relationship, so divorce becomes one of their new goals. One woman even wrote that she had had a mastectomy and chemotherapy and now needed a “husbandectomy” to get herself truly emotionally healthy again.

There are situations with our patients that may require our intervention. Men are not always the best communicators. One couple, who was meeting with me and our breast surgical oncologist for the patient’s first consultation, weren’t speaking to one another. It was obvious. I asked what was wrong, and she replied that her husband told her that he doesn’t care about her. I asked him if this was true, and he said he didn’t care about her breasts. The patient took this as him not caring about her, but he meant that he did not marry her for her breasts, but because he loved her. If the surgeon said she had to lose both breasts, and her arms and legs, he would be okay with that as long as he still had her to love. She is his soulmate. The patient wished he had said that the first time. (Boy, he wished he had too!)

Men may also not show a lot of emotion. If a husband is doing his wife’s first dressing change at home following her mastectomy surgery and he looks stern, maybe even confused, and fumbling a bit with the bandages, she may misinterpret this as him thinking she looks terrible. I will speak to spouses/partners privately and show them photographs of what the incisions will likely look like, so it isn’t shocking. I will also tell them that the expression on their face when the bandages are off is an expression the patient will remember. We can practice how to look loving and caring as you do this medical procedure and tell the patient you love them while doing it.

I learned all of this from my own husband, who knew how he looked at my chest the first time following my modified radical mastectomy without reconstruction was important. He prepared himself without me knowing. He also said to me, “Remember now, when you look down you don’t see that your breast is gone; you see that the cancer is gone.” He said I had “transformation surgery” and the surgeon has transformed me from a victim into a survivor by ridding my body of the source of this disease. He wanted to celebrate this day every year, just like a happy anniversary as I was his transformed woman.

Does a diagnosis of breast cancer cause a couple to divide? It can be the final straw to break but might be interpreted as the sole cause of the split. Talk through with your patients, especially if you see that the spouse/partner isn’t accompanying them on any consultations or looks disinterested when present. It might be a sign of something brewing for a long time. 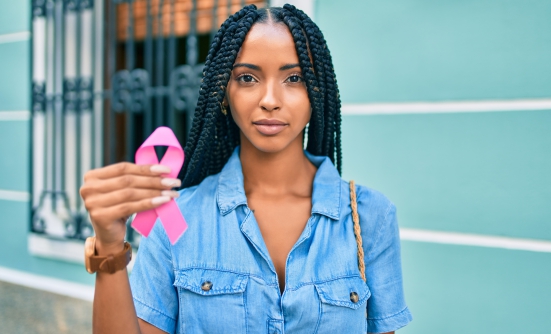 Takeaways from Young Women with Breast Cancer: Needs and Opportunities
Rosie Kelly
September 23, 2021 | AONN+ Blog | Breast Cancer
In episode 15 of the AONN+ Heart and Soul of Oncology Navigation podcast, experts discuss Living Beyond Breast Cancer’s Needs Assessment of Young Women Diagnosed with Breast Cancer and how oncology navigators can learn from these findings.
Explaining the Side Effects of Chronic Fatigue to Your Oncology Patients
Lillie D. Shockney, RN, BS, MAS, HON-ONN-CG
September 20, 2021 | Navigation and Survivorship News | Insights into Navigation
Sleeping more isn’t the solution to combat the chronic fatigue caused by chemotherapy, immunotherapy, and radiation therapy. So, what works and why aren’t cancer patients told about it? 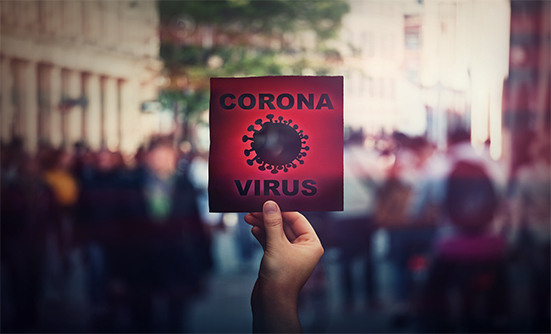 Uncertainty as the Pandemic Continues
Lillie D. Shockney, RN, BS, MAS, HON-ONN-CG
September 6, 2021 | AONN+ Blog | COVID-19
As the COVID-19 pandemic continues on longer than we anticipated, oncology navigators need to check in with their patients to evaluate their mental health in this time of uncertainty.